Naples is famous for its castles. They are seven, each one with story.
In the past they were built as forts to protect the city from assaults nowadays they are attractions for many visitors from all over the world.

The most famous is Castel dell’Ovo, which is also the most ancient one. It stands on the little isle of Megaris; legend has it, that since Roman poet Virgil put an egg in its cellars, had this egg been broken, the castle would have been destroyed and a series of disastrous events for Naples would have followed.

Another famous ones is Maschio Angioino, also known as Castel Nuovo, built by the end of 1200 by Charles I of Anjou. Today it’s often location for events, books’ launch and civil wedding rites.

On Vomero hill stands Castel Sant’Elmo, a medieval castle.
Today it has got an important museum inside, that is open for visitors. You can also visit the big garden, from which you can admire the gulf.

The Castle of Nisida, on the homonymous little isle, was built during Angevin period. During the plague of 1600, it became a kind of leper hospital, while now it hosts the juvenile prison of Naples.

Forte di Vigliena, built in latest period, is almost destroyed. It was only 6 meters of height, to be hidden and protected from sea assaults.

Castel Capuano and Castello del Carmine are maybe less famous but not less important than the others.
The first one is Norman and it was the royal residence before Maschio Angioino. The second one, also built during Angevin period, is almost destroyed today: you can only see two towers, Spinella and Brava, and some rests of Aragon walls.

“Now I can forgive anyone for going off his 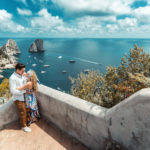 Previous post Capri and its mysteries: some facts about the most famous island in the world that you probably don’t know. 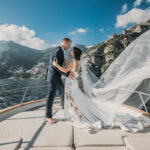